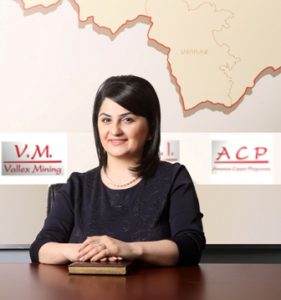 Lusine Mejlumyan was born in 1980, in Alaverdi city.

She is married and has 2 sons. 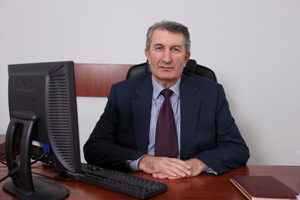 Nikolay Feofanov was born in 1947.

Education
He has graduated from Yerevan Polytechnic Institute, faculty of Inorganic Matters Technology.

Work Activity
In 1996 he worked in Alaverdy Copper Smelting Plant as Director.
Mr. Feofanov previously held different positions at Alaverdy Mining-Metallurgical Combine in 1970-1986, where he last served as Deputy Director.
From 1989 to 1996 he was the Chief Engineer of Manes Nonferrous Metals Plant.

He is married and has one daughter.