On April 16, 2011 Vallex group companies organized the next visit and tree planting in the nearby territories of “Teghout” copper-molybdenum deposit. More than 140 people took part in the tree planting ceremony. Students of the leading universities of the Republic of Armenia, representatives of World Youth Organization of Armenian Church, Union of Lori Youth and other NGOs, as well as famous individuals were involved in the ceremony.

Tree planting was realized in about 1.5 ha territories specially fenced for that reason by “Teghout” cjsc. About 700 trees were planted: 450 chestnut trees, 120 walnuts, 70 pines and 60 lime trees.

In the framework of the cultural-historic cognitive part of the event, participants visited the monastery of Akhtala (10th century). Priest Vigen Ghazaryan briefly introduced the participants the history of its foundation and  the legends connected with it.

At the end of the visit a discussion was organized in the cultural center of Shnogh village of Lori region. Participants were given a chance to raise questions, worrying them about the exploitation of “Teghout” copper- molybdenum mining project, which were answered by the relevant representatives of Vallex group companies. The ceremony was concluded by the performance “There is life on mountains” based on Liana Antaranyan’s similar play. Due to the peerless performance of the actors of the State Academic Theater named after Gabriel Sundukyan (headed by Karen Janibekyan, People’s artist of the Republic of Armenia).

It is worth mentioning, that the tree plantings organized for the students are public events and anyone may join them. Those are being realized in addition to the planned activities agreed with the state governing bodies of RA for the compensation of the damage caused to the forests as the result of the exploitation of “Teghout” copper- molybdenum deposit.

To remind, according to the “Forest damages compensation project for the damages caused as a result of tree logging for the exploitation of “Teghout” copper- molybdenum deposit”, it is foreseen to implement tree planting works in 714 ha area (which is the double of the area logged), at that, these works include not only tree planting, but also all the works necessary for full provision of preconditions necessary to change the above mentioned areas to the forest category.

According to the project, afforestation  works have been realized in areas within the administrative boundaries of Teghout, Shnogh and Lernahovit communities, moreover, for  5 years caring works will be realized in about 140 ha areas.  Already, a working project  has been developed, according to which it is designed to implement tree-planting works in the areas located in administrative  borders of  Odzun and Arjout communities of Lori region, RA. 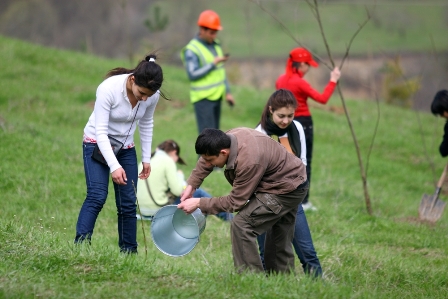 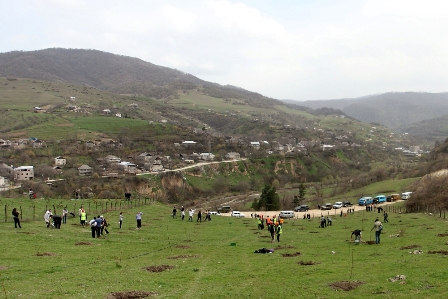 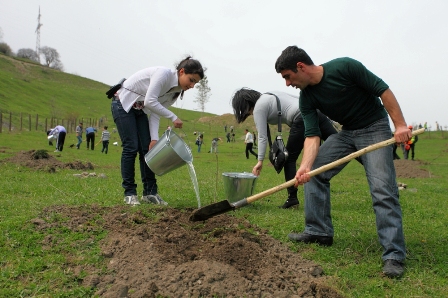 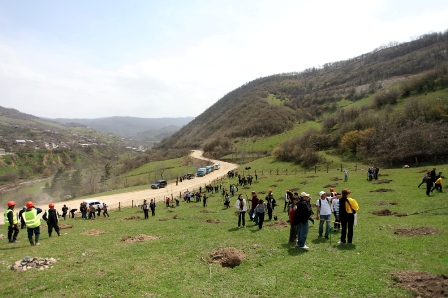 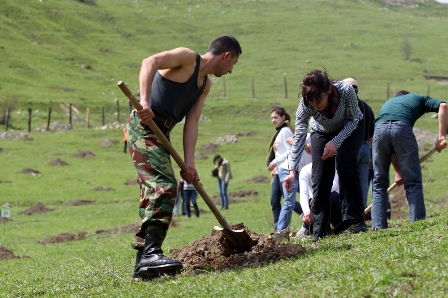